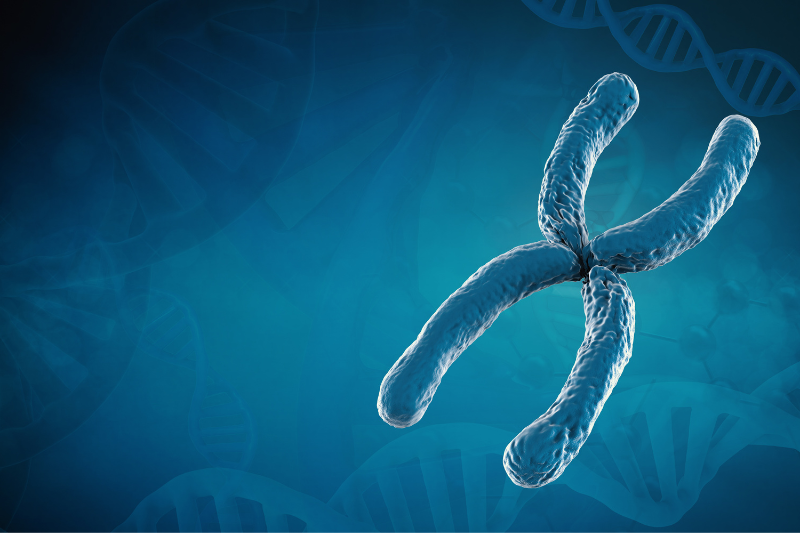 In the past cancers of the same type were often treated in the same way. However, not all cancers would respond to the same treatment. We now understand that even cancers of the same type can be very different and need different drugs. This is often due to their genetics. Armed with this knowledge scientists may be able to see what these differences are, and which drugs would work best. A recent study explored a potential treatment called APR-246 in hard-to-treat cancers containing specific genetic mutations.

APR-246 works by binding to a proteinFound in cells and needed for the development, growth and function of our bodies. called p53. p53 ensures cells divide and die when they should and repair themselves when needed. It is also the most common genetic mutation seen in cancerA disease where cells divide and grow uncontrollably and can spread to other areas of the body., which isn’t surprising considering its role in regulating cell survival. p53 can be mutated in different ways. Normally the mutation results in a small change to the protein that stops it from working properly. APR-246 binds to mutated p53 and transforms it so it becomes functional again. It has been tested in several cancers in clinical trials, however it is not possible to predict who will respond to the drug. Being able to predict who will respond to APR-246 could help direct future clinical trials.

A recent paper by the same research group found a link between p53 and cancers with alternative lengthening of telomeres (ALT). They investigated this further to see whether cancers with ALT responded well to APR-246.

What is Alternative Lengthening of Telomeres?

Normal cells have a limited number of times they can divide. This limit is caused by telomeres. Telomeres are at the ends of chromosomes (structures that carry our genetic information). Imagine them like the plastic caps at the end of a shoelace, but the shoelace is our genetic information. Every time a cell divides the telomeres shorten. When the telomere becomes too short a cell will stop dividing. This is a way of regulating cells and stopping them from dividing forever. Cancer cells can overcome this and can continue to divide. One way they achieve this is through a process called ALT which maintains the telomere length so cancer cells can divide indefinitely. It is not completely understood how ALT occurs, but it is often seen alongside p53 mutation. ALT is seen in a number of cancers including in some osteosarcomas (OS).

What did the researchers do?

The researchers investigated whether restoring the function of p53 in cancer cells with APR-246 disrupted ALT and caused the death of cancer cells.

It’s important to note that one of the OS ALT cell lines tested did not respond to APR-246. As discussed earlier, there are many types of p53 mutation. Some mutations can result in a non-functioning p53 and others can result in no p53 at all. The OS cell line that didn’t respond to APR-246 had a mutation that would result in no p53 being made. The researchers added a mutant p53 that APR-246 could bind back into the cell line. The cells then became more sensitive to APR-246. Similarly, when they reduced p53 in other ALT cell lines the cells became resistant to the drug. This demonstrates that APR-246 only works in ALT cell lines where p53 function can be restored.

p53 mutations in cancer have been linked with the cancer not responding to chemotherapy Therefore, the researchers investigated whether APR-246 could make a cancer sensitive to chemotherapy again. They first looked at cancer cell lines and found that combining APR-246 and the chemotherapy drug irinotecan had a greater effect in ALT cancers than T+ cancers. The researchers then looked at the same combination of drugs in mouse xenograft models (mouse models containing human cancer cells). The researchers chose cancers that they knew would progressively grow in the xenograft models. This did not include OS. On their own, APR-246 and irinotecan had little effect. However, when combined they caused cancer cells to stop dividing and die in the ALT mouse models. It did not have this effect in the T+ mouse models. This suggests that through APR-246 reactivating p53 the ALT cancers became responsive to the chemotherapy drug.

So, what do these results mean for cancer treatment? We are moving towards a future where drugs are designed for a specific mutation rather than a cancer type. It is possible that APR-246 may reduce resistance to chemotherapy in people with ALT cancers. Although they did not have an OS animal model, all but one of the OS cell lines were sensitive to APR-246. We must find drugs for cases of OS that do not respond to chemotherapy. As p53 mutations are common in OS (it is thought that at least 1 in every 2 cases of OS have a p53 mutation) APR-246 may be a potential treatment option that’s worth investigating further. This research is in its early stages but there is hope that APR-246 is a candidate to overcome chemotherapy resistance. The researchers hope to eventually test APR-246 in clinical trials on cancers that should respond to it.

Visit our Clinical trial toolkit to find out more about drug development and clinical trials.