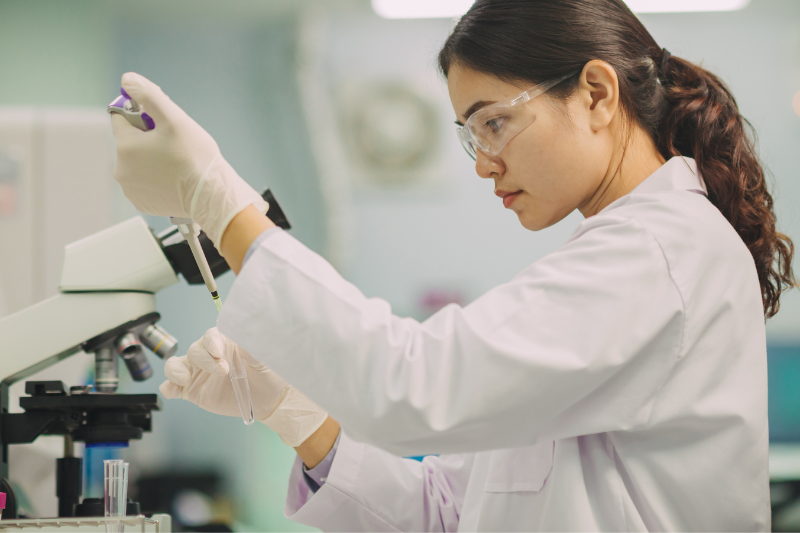 A recent study has found new markers in the body that may be able to predict how a patient’s osteosarcoma (OS) will progress. This is important as predicting how cancerA disease where cells divide and grow uncontrollably and can spread to other areas of the body. behaves helps doctors to create treatment plans. It also gives patients more certainty in what can be a very difficult time.

In recent years scientists have been interested in using markers to predict cancer outcomes. Markers (also known as biomarkers) are molecules found in the body that can indicate the activity of a disease, such as if a cancer is likely to spread. It has been hard to find key markers in OS because it is a complex cancer. There is no known single marker that is unique to OS that could provide us with clues on how it will behave.

The first step of the study was to find if there were any methylation markers that were unique to OS. The research team analysed 750 sarcoma samples (including 171 OS samples) and compared them with the markers of 10,766 non-sarcoma samples. This included other cancers and normal tissueAn organised group of cells that act together to perform a function.. They found 17 markers that were unique to OS. Due to the limited sample number, only 4 markers were selected for the next part of the study.

The next test was to see if these markers could be detected in blood samples. Tumours shed DNAThe molecule that contains the genetic information that makes you the person you are. into the blood. This is called circulating tumourA mass of cells that are growing where they shouldn’t be. Tumours can be benign or malignant. Benign tumours do not spread to other parts of the body whereas malignant tumours are cancerous and have the potential to spread. DNA (ctDNA) and contains information about the cancer, including markers. This means researchers can get information about cancer from blood tests rather than having to get a solid tumour sample.

The research team were able to design a test that could detect methylation markers using ctDNA. With this test, they explored whether these markers could be used to predict how OS would behave.

ctDNA was collected from OS patients before treatment and studied for the chosen markers. The study found that the markers were more common in OS that had spread in the body (metastasised) compared with Os that had not spread (localised). Of the 17 patients with localised OS who had the markers, 7 were cancer-free when followed up a few years later. However, the OS progressed and metastasised in the other 10 patients. Taken together these results suggest that the methylation markers may be a sign of poorer outcomes.

If these markers were used in the clinic, it could allow doctors to adjust treatment plans. They could also be used to monitor OS. Their detection may suggest that OS has returned or progressed. However, before this is put into practice, more research is needed with a larger group to confirm how reliable the markers are.

OS is a rare cancer so it can often be difficult to find enough people to take part in a study. Currently, researchers are trying to overcome this by working across borders. Collecting data from multiple countries can result in a bigger study group and more reliable results.

Altogether the results of this study suggest that detecting methylation markers using ctDNA may be a reliable way to predict how OS will progress. However, more research with larger patient groups is needed to confirm its reliability and explore how it could be implemented.