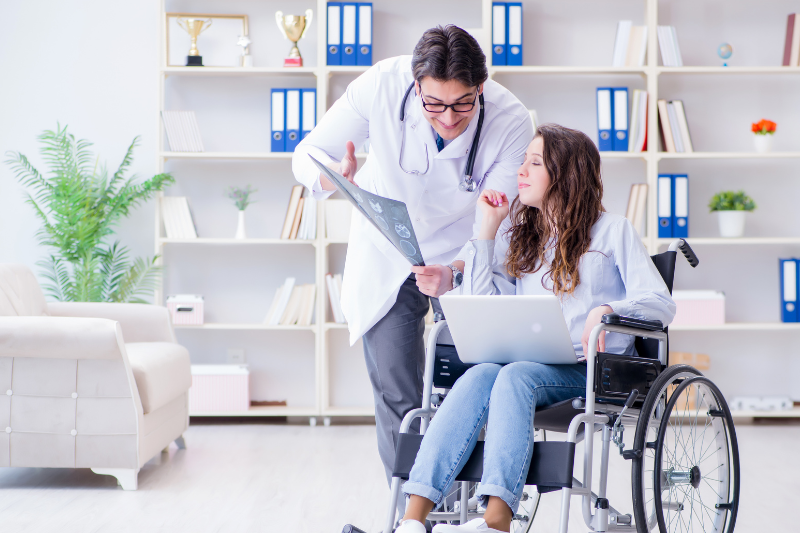 To treat osteosarcoma (OS), surgeons will often remove the bone containing the tumourA mass of cells that are growing where they shouldn’t be. Tumours can be benign or malignant. Benign tumours do not spread to other parts of the body whereas malignant tumours are cancerous and have the potential to spread.. This bone can then be replaced with a metal implant. A recent study looked at whether implants made of carbon-fibre could be an alternative to metal.

Metal is the main material used to make implants for bone surgery. It is strong, doesn’t break easily and can be bent during surgery to fit well into the body. It is also low-cost to make, so is available to more people. However, there are disadvantages to metal implants. Firstly, metal implants appear bright on x-rays and CT scans. This can make it difficult to see surrounding structures in scans after the operation. It’s also thought that due to the metal being so much stiffer than bone, it may make the surrounding bone weaker.

Carbon-fibre implants are being used as an alternative to metal implants in bone surgery. It is an attractive alternative as it does not appear bright on scans. Also, the stiffness is more similar to that of bone so is less likely to affect bone strength. However, carbon-fibre implants have their own problems. They cannot be manipulated during surgery, so surgeons would have to ensure that the implant fitted well before surgery. It also may be more expensive and less available than metal.

So how do we decide which material is better? Although carbon-fibre implants have been increasingly used in fracture care, there are limited reports on their use in bone cancerA disease where cells divide and grow uncontrollably and can spread to other areas of the body. surgery. Therefore, the first step is to see if carbon-fibre implants could be a viable option in bone cancer surgery.

A recent study looked at how well carbon-fibre implants were tolerated by people with bone cancer.

The researchers identified 96 people (across 13 different cancer centres) who had a carbon-fibre implant for their cancer between 2015 and 2021. 11 of these had OS. They reviewed each person’s case and documented any complications caused by the implant. This included any problems that occurred 2 years or more after the operation.

Although most patients tolerated the carbon-fibre implants well and they appear to cause fewer complications than metal implants. This suggests that carbon-fibre implants could be used in bone cancer patients. However, it’s important to note that this was a small study with less than 100 people and that it did not directly compare the two types of implants. Further studies would be needed to see the added benefit of carbon-fibre implants throughout the patient journey compared with metal implants. This would include their effects on follow-up imaging and strength of surrounding bone. Additionally, as they cannot be manipulated during surgery further research would need to look into whether they could be used in more complex cases.

Altogether it is promising to see that there are different types of implants available and that research into the best implants for bone cancer is ongoing.