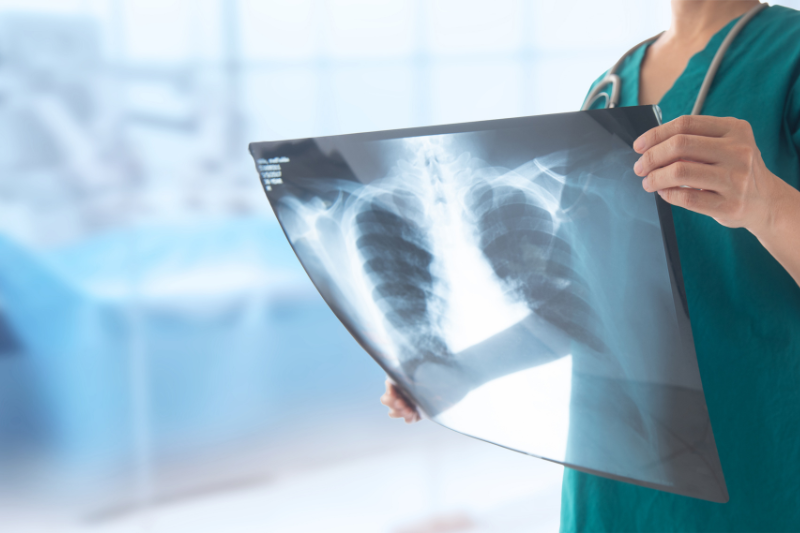 Just like humans, dogs can develop osteosarcoma (OS) and take part in clinical trials. Not only do these trials give owners access to new drugs for their pets, but the results may help to inform research into new treatments for people with OS.

A recent phase 1 trial led by Dr Robert J. Canter (University of California) explored whether interleukin-15 (IL-15) could be used to treat lung metastasisCancer cells have spread from the site where they developed to other parts of the body. in dogs with advanced OS or melanoma (a type of skin cancerA disease where cells divide and grow uncontrollably and can spread to other areas of the body.).

Why they chose IL-15

IL-15 is produced by the body to enhance the immune systemA system in the body that fights infection.. This had made it an attractive candidate for cancer treatment and it is now being used as an immunotherapy drug. It can activate the body’s immune system to fight and kill cancer cells. While IL-15 has shown some promise in human clinical trials, the dose of IL-15 has been limited due to side effects and it has not had a significant effect on cancer when given on its own.

So, what is different this time? The researchers have changed the way IL-15 is given. Rather than given as a drip into a vein or an injection under the skin, in this study the drug was inhaled. This means IL-15 is delivered directly to the lungs, where the cancer is.  The researchers hoped that this would increase the drug’s effectiveness and reduce side effects.

What the trial involved

21 pet dogs with advanced cancer were recruited for the study. 10 of these dogs had OS which had spread to the lungs, a common place for OS to spread to in both humans and dogs. The rest of the dogs had melanoma that had spread to the lungs. The trial had a 3+3 design. This means dogs were recruited in groups of three with only the first group receiving treatment until the dose of IL-15 was shown to be safe. Once the first group had shown that the drug was well tolerated, the next group of three were given a greater dose of the drug and so on until the best (most effective dose with tolerable side effects) was found.

All the owners of dogs in the study were trained to give IL-15 through a nebuliser twice a day so that the drug could be given at home. However, to ensure that the dogs did not react badly to the IL-15, the first dose was given at the trial centre and the dogs were closely monitored.

The dogs were monitored throughout the trial and followed up after finishing the treatment to see how they had responded.

What the trial found

The researchers tested several different doses of IL-15 and found that 70 micrograms resulted in severe side effects. A dose of 50 micrograms was well tolerated and deemed to be the best dose. It was also the dose given to the dog that had a complete response to the drug.

How the trial will impact future research

This was a phase 1 study meaning that only a small number of dogs were enrolled, and the focus was on finding the best dose, which the researchers achieved. The results also showed that IL-15 may be effective at treating cancer as some dogs responded to the drug even when IL-15 was only given for 2 weeks. The researchers suggested that a longer course of treatment or giving the drug in combination with other drugs would be worth investigating in both dogs and people with OS.

This study is an example of how clinical trials in dogs with OS can both benefit dogs who are receiving potentially life-saving treatment and help inform human trials. A successful trial in pet dogs provides more information and confidence in doing similar trials in people.

Did you know dogs may also be able to smell cancer? Visit our previous blog where we discuss a recent study where dogs were trained to sniff out OS.