Could P2 Receptors Be Targets For Primary Bone Cancer Therapy? 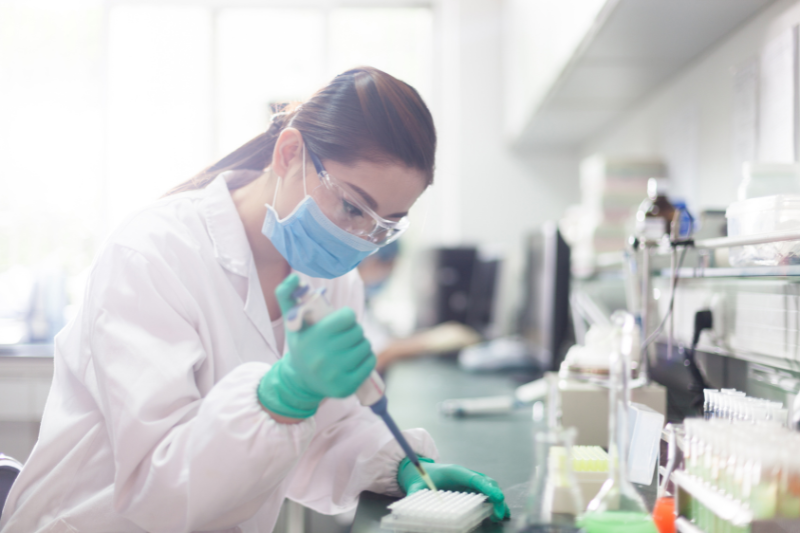 Primary bone cancerA disease where cells divide and grow uncontrollably and can spread to other areas of the body. (PBC) is a group of cancers that includes osteosarcoma (OS). Other cancers in this group are Ewing’s sarcoma, chondrosarcoma and chordoma. There have been few advances in the treatment of PBC for the past 40 years. This means there is an urgent need to find new therapeutic strategies for PBC.

There has been recent interest in a family of proteins called P2 receptors. These receptors are activated by ATP (adenosine triphosphate) and form pores that allow small ions such as Ca2+ (calcium) and Na+ (sodium) into our cells. These small ions play critical roles in many processes in the body. ATP has been found in high concentrations in tumours meaning that P2 receptors may be activated more than normal. There are 15 different proteins in the P2 receptor family. Many of these have been identified in different cancers. However, they have been shown to have both pro- and anti-tumour effects depending on the proteinFound in cells and needed for the development, growth and function of our bodies. and type of cancer.

They assessed the studies for quality and any potential bias. 30 studies were included in the review. The aim of the review was to identify P2 receptors that could be potential targets for developing new therapies for PBC. They found that the most well-studied P2 receptors were P2RY1, P2RY2, P2XR3, P2XR4 and P2XR7.

These receptors were the first to be identified in the P2 receptor family and are thus the most well-studied. P2RY1 and P2RY2 have both been identified in mouse and human OS cell lines (cells used to study OS in the laboratory). They have also been found in a type of noncancerous tumourA mass of cells that are growing where they shouldn’t be. Tumours can be benign or malignant. Benign tumours do not spread to other parts of the body whereas malignant tumours are cancerous and have the potential to spread. called giant cell tumour of bone (GCTB). Although not cancerous, this type of tumour can damage the affected bone and so finding treatments for GCTB is still urgently needed.

In OS cell lines, interactions between P2YR1 and P2YR2 and parathyroid hormone (PTH) have been shown. A link between PTH and poor prognosis, including the spread of OS has been shown. Further work needs to be done to show whether the relationship between P2 receptors and PTH could be targeted therapeutically. It was also shown that P2YR1 and P2RY2 could induce the expression of the protein c-Fos. The expression of c-Fos is upregulated in many cancers and is associated with increased tumour growth. However, the functional consequences of P2YR1 and P2YR2 signalling in OS were not examined and warrants further investigation.

However, a direct role for P2RX3 on the primary tumour in PBC has not been explored. Further work needs to be done to establish if there are other roles P2RX3 play that could be exploited for the treatment of PBC.

This review showed that some of the studies found high levels of P2RX4 in some OS cell lines. However, there was no research into the significance of this finding. However, targeting P2RX4 has been shown to reduce tumour growth in prostate cancer. Several P2RX4 inhibitors are also currently being developed. This suggests that more work needs to be done to fully explore the role of P2RX4 in PBC.

Many of the studies in this review focused on P2RX7 in OS. P2RX7 was found in many OS cell lines, models and patient samples. However, evidence from the review shows both a pro and anti-tumour role for P2RX7. Activation of P2RX7 has been associated with many signalling pathways involved in tumour growth and progression. It has also been shown to promote the spread of OS. Inhibiting P2RX7 function may therefore be a potential therapeutic strategy to reduce tumour growth.

However, it has also been shown that the pore formed by P2RX7 can increase the uptake of chemotherapy drugs. This promotes the death of the cancer cells. Therefore, activating the P2RX7 receptor could also be an option to improve the effectiveness of chemotherapy. It should be noted that there are different types of P2RX7 protein, and only some of these types can form pores. The type of P2XR7 protein would have to be identified in each person with OS to identify whether they could benefit from inhibition or activation of P2RX7. More work into this type of treatment strategy, known as personalised medicine, is being done. Treating cancer is often very complex, and there are many factors that contribute to a treatment strategy so a ‘one size fits all’ approach may not work for everyone.

The role of P2RX7 in other PBC has yet to be explored. Further work is needed to identify if it could be targeted across different cancers within PBC.

Read our recent blog post where we recently featured a study looking at the role of P2RX7B in the growth and spread of OS.

PBC is very complex and there is an urgent need for finding new treatments. This review collected and summarised the evidence for targeting P2 receptors in PBC. Although there are studies that show promising results for P2 receptor targeting, this review highlighted a lack of understanding of P2 receptors in PBC. There is still much work to be done to determine if P2 receptors could be targeted therapeutically across the different cancers within PBC. We look forward to seeing the development of this exciting area of research in the future.