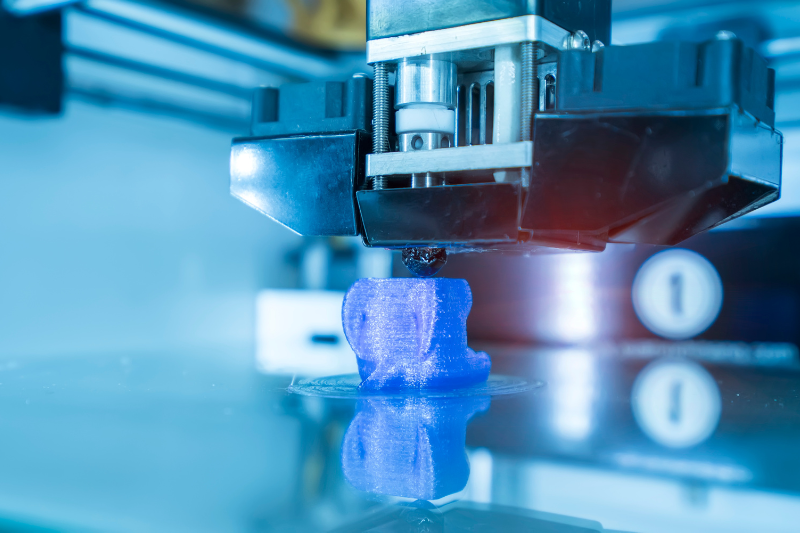 Surgeons are developing new techniques to aid them in removing bone cancerA disease where cells divide and grow uncontrollably and can spread to other areas of the body. More. One of these techniques is printing personalised 3D models of tumours to guide the surgery.

Bone cancers are a group of cancers that include osteosarcoma (OS). The treatment for these cancers usually includes surgery. When surgeons remove bone tumours they will try and preserve as much of the healthy tissueAn organised group of cells that act together to perform a function. More as possible. This takes careful planning. Images from CT and MRI scans can help to build an image of the tumourA mass of cells that are growing where they shouldn’t be. Tumours can be benign or malignant. Benign tumours do not spread to other parts of the body whereas malignant tumours are cancerous and have the potential to spread. More. There are also virtual reality tools that allow surgeons to visualise and interact with these images in 3D. 3D printing means these images can now be used to create models of a patient’s tumour and surrounding structures.

A recent study assessed the usefulness and accuracy of these 3D models in surgery. 12 children with bone cancer were included in the study. 6 of them had OS. Their MRI and CT scans were used to create the 3D models. The printed models were given to the surgeons to support them during the surgical process. This included the planning stageA way to characterize the size and spread of cancer and help to guide treatment. More and during the operation.

After the operation, the surgeons provided feedback on the utility of the models. Most of them agreed that the models were both helpful when planning and during the operation. They also found that they were a useful tool for explaining the operation to patients. This is because the models enabled patients and families to more easily visualise what the surgery involved.

The study also looked at the accuracy of the models. They compared the models to the images created from the scans. They found that the size and structure of the models were an accurate representation of the tumour.

So, what does this mean for the future? Will 3D models become common practice?

The results of this study suggest that 3D-printed models can accurately represent bone cancer. However, although the surgeons found the models useful, the study did not assess the success of the operation. Further research is needed. For example, a study could look at how 3D models affect the length of surgery, patient recovery and long-term patient outcomes. This would provide an important insight into how best to plan for bone cancer surgery.

The study also noted that 3D printers are now becoming more common in hospitals. This means models can be created within the hospital setting saving time and money. However, not all hospitals will have 3D printers. If 3D models become common practice, there would need to be a way to make them accessible to all patients.

Altogether, this research has shown that the use of 3D models in bone cancer surgery should be further investigated. It could be a valuable tool to aid precision surgery while preserving healthy tissue.